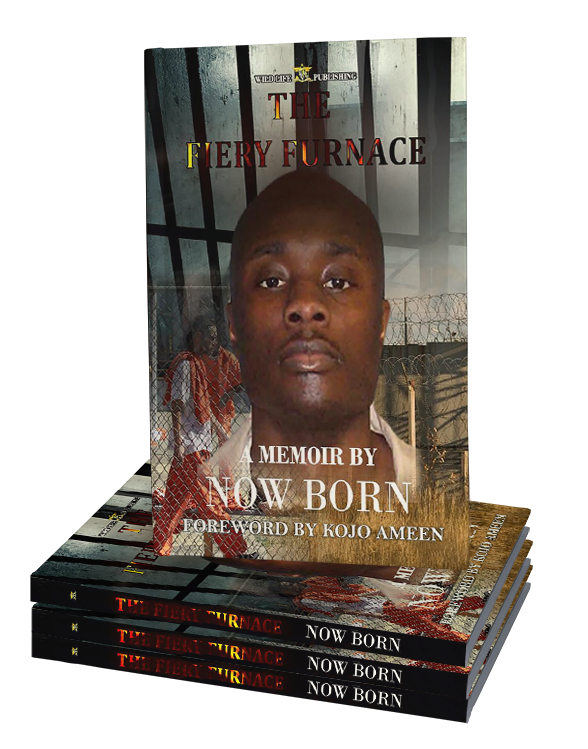 The Fiery Furnace by Now Born: Now Born is one of the most unsung visionaries and talented authors of the twenty-first century. Him being immersed in a lifestyle of social class crime and having embraced several revolutionary ideologies since adolescence speaks to his long time proclivity towards the resistance to oppression. His cause was underdeveloped and his resistance was misdirected until his defiance resulted in a protractive prison term for armed robbery. That time enabled him to gain perspective as he sought to advance himself and properly nurture that revolutionary calling which he acknowledged early on. The Fiery Furnace is a compelling work that chronicles some of the author’s most eye-opening and life-changing experiences while incarcerated. In this intimate memoir, Now Born reflects back on important periods in his life. Also, past ways and deeds which ultimately landed him in prison. This book is comprised of twenty short stories – true accounts in which names, dates and locales are all left anonymous to prevent the incrimination of the actual parties involved. The Fiery Furnace exposes the system’s multi-faceted conspiracy to incarcerate staggering amounts of black youths and the measures taken to insure a specific recidivism rate. Within each story exists an underlying principle and readers are also privileged to learn the author’s position on subjects like God, religion, love, health and values. For some, this book will strike as being controversial. For others, informative and bold. However received, The Fiery Furnace is an imperative read for all people.

Be the first to review “The Fiery Furnace (Paperback)” Cancel reply