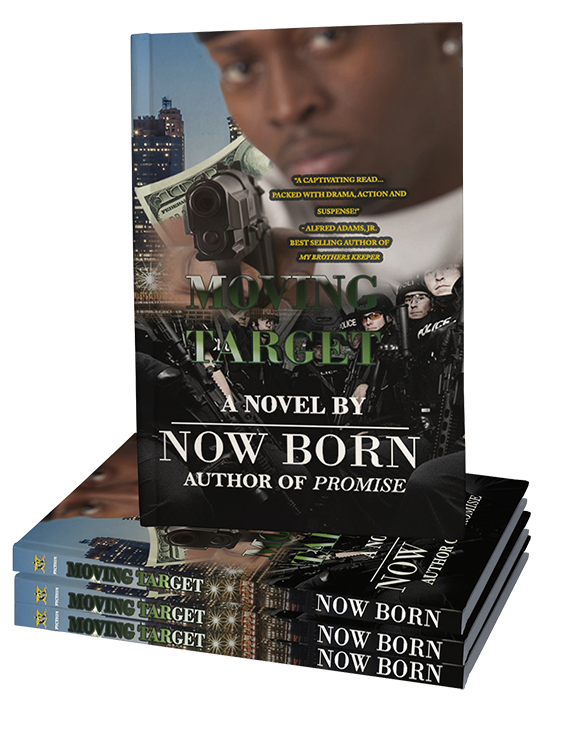 Moving Target by Now Born: Some people live ordinary lives, while others live extraordinary lives. This young Bronx kid, named Baseer, decided early on that he was going to be the latter. He began as an aspiring rapper, along with his two childhood friends named TK and Powerful. After becoming involved with a black militant group in Harlem, Baseer developed this revolutionary undertone, and his group began using their music to address the social ills that existed in their city. Eventually, that revolutionary mentality evolved into a criminal one for Baseer and Powerful. That’s when they both began to engage in a life of petty crime, landing themselves behind bars for a short stint. Baseer and his family moved to Fayetteville, N.C., so he decided to take a break from making music. It wasn’t long before he and Powerful reconnected, turned it up a notch and started to pursue some “real” paper. That’s when robbery, drug dealing and even murder came into the picture. Baseer has the heart as well as the smarts to make a lot of cash, and going to jail is not a part of his plan. He’s down for whatever it takes to dodge the pen, and he gets so caught up that he can’t turn back. He’s gotta keep it moving, like a Moving Target.

Be the first to review “Moving Target (Paperback)” Cancel reply